As the fall season quickly approaches, and we send the kids off to school, it’s important to take some time to pest proof your home for the new season.

Temperatures begin to cool down in the fall, and many pests that were happy to stay outdoors are now seeking shelter and moving in. While poor living conditions have a large role in pest infestations, sometimes those pesky critters move in out of sheer convenience. It’s not the crumbs on the kitchen floor, but the crack in the seal of the door or hole in the screen that brought them home to roost. Make sure you check the outside structure of your home, and repair:

When looking at prevention, the NPMA recommends the following pest-proofing tasks:

If you suspect an infestation, Hager Pest Control can help! Contact us today for a free estimate. 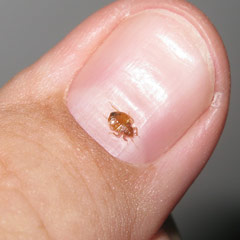 What They Look Like
With the use of DDT and several other potent pesticides, bed bugs were almost eliminated in the United States decades ago. Since those pesticides are no longer used because of how harmful they are to the environment and people, we’ve seen a resurgence in the bed bug population in the 21st century. If you have bed bugs, you’ll want to get rid of them as soon as possible. While they aren’t known to cause or spread diseases, they’re presence in a home is irritating and unwelcome. Read on to find out what steps you should take to get rid of bed bugs.

Heat Treat
High heat will kill bed bugs. Give pillows, bedding, clothes, stuffed animals and curtains at least a 45 minute spin in the dryer on high heat to kill any bed bugs hiding in these items.

Declutter
The more clutter you have in your home, the more places bed bugs have to hide. Organize your home and place anything you’re storing or any treated items in sealed plastic bins.

Purchase Mattress Covers
Many retail stores carry bed bug proof mattress covers. Bed bugs burrow into upholstery and mattresses, and can live a very long time without food (up to a year!). Purchasing bed bug mattress covers for every mattress and box springs in your home will keep bed bugs in your mattress from getting out as well as keep more bed bugs from getting in.

Call a Professional
A complete bed bug treatment isn’t something you can do yourself. If you suspect a problem with bed bugs, give Hager pest control a call today, and we’ll help you sleep more soundly at night. 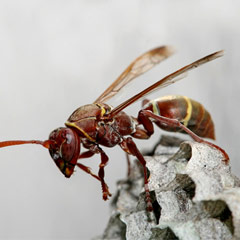 Wasps are a beneficial species for the environment, but no one wants an infestation on their hands. Take a look at the details below so you know what to look for.

What They Look Like
Wasps vary drastically in appearance, depending on species. The most identifiable characteristics of wasps are two sets of wings and a pinched waist. They can vary in size from very small to several centimeters long.

Habits, Diet and Behavior
Wasps can either live alone or in colonies, most wasps are aggressive when threatened. They tend to sting first and ask questions later. Unlike bees, wasps are capable of more than one sting.

Prevention
If you suspect you have a wasp infestation, call Hager Pest Control right away. We will conduct a complete inspection and analysis of the problem and recommend the most effective treatment. 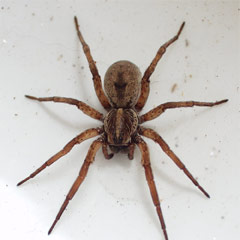 Fall weather may be a great respite from the heat, but the pests kept outside during the summer start to come in out of the cold. Wolf spiders are most commonly seen during late summer and early fall months, as they migrate indoors. There are more than 2000 species of wolf spiders, and the largest and most common in Texas is the Rabidosa rabida. Dark brown in color, with stripes running down their abdomen and cephalothorax, females can grow to be as large as 20mm long.

Characteristics
Wolf spiders have good eyesight compared to other spiders. They can run fast and quickly pounce on their prey. Wolf spiders eat many different kinds of small insects, including grasshoppers, flies, earwigs and ants.

Are they dangerous?
The main risk posed to humans by wolf spiders is a non-venomous bite. Wolf spiders are aggressive and will “charge” humans. It is not a good idea to handle a wolf spider if you come across one.

Prevention
There are several ways to prevent a wolf spider infestation. Having a professional like Hager Pest Control spray your house and yard regularly will ensure that your home stays spider free. It’s also a good idea to make your home as inhabitable for wolf spiders as possible. Wolf spiders burrow, and they like to be “undercover” where they can wait to catch prey. Keep laundry from piling up on the floor and regularly move and vacuum under furniture. Wolf spiders will also come inside if there is food to eat, so preventing and eradicating any insect infestation in your home will help keep spiders away as well.

If you think you have a problem with wolf spiders or any other pest, contact Hager Pest Control today. We will be happy to help. 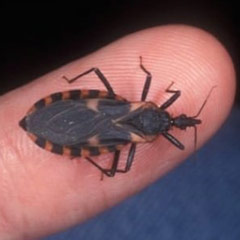 What They Look Like
Kissing bugs are named for their habit of feeding around the mouth of humans, due to their attraction to the odors we exhale. While there are many species of kissing bugs, the bloodsucking conenose bug and the western bloodsucking conenose bug are the most common. They are anywhere from ½ to 1 inch long, are brown or black, and some species have tan, red or yellow markings on the abdomen. There are many species of kissing bugs that live in the United States.

Where They Live
Kissing bugs can be found throughout the United States, Central and South America.

Habits, Diet and Behavior
Kissing bugs feed on the blood of many different types of animals. They usually feed just after sunset, and are, like most insects, attracted to the light in our houses. The body heat of humans and other animals also attracts kissing bugs. Kissing bugs can also be found in rats’ nests due to the readily available food supply.

Kissing bugs carry Chagas disease (American trypanosomiasis) in their feces. Since they defecate during or soon after they eat, the disease is often transmitted when their victim rubs or scratches the bite, pushing the infected fecal matter into the open wound. In addition to Chagas disease, many people also have an allergic reaction to the kissing bug bite. Reactions range from mild skin irritation to anaphalxis.

Prevention
Remove any squirrel or rat nests around your home, and move firewood piles away from the house. If you have pets, be sure to check their fur and bedding often for kissing bugs. A quarterly spray from Hager Pest Control will help keep infestations away from your home. We recommend spraying the yard and house twice a year, and the house and perimeter twice a year. Having regular sprays done will take care of general insects and arachnids. 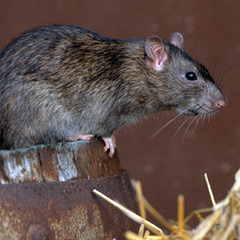 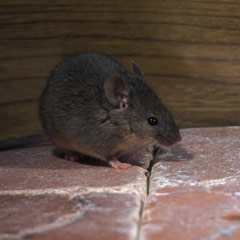 Rats, mice and other rodents will begin to find a warm place with plenty of food for the winter. Our homes are perfect winter nesting places for rodents. They’re warm and there’s plenty of food and water on hand. Read on to see how to prevent a rat and mice infestation in your home this winter.

The Dangers of an Infestation
Lubbock is home to many different varieties of rodents, such as rats, mice and other pests. Rodents have been known to spread a variety of diseases, many of which can be life threatening if left untreated. It’s important to prevent a rodent infestation in your home, as well as eliminate any infestations that may already exist. Rodents can also bring fleas into your home, which can infest carpeting and pet bedding, and bite any humans or animals that live in the home.

Identifying a Problem
It’s generally pretty easy to spot a rodent problem in the home. You’ll notice droppings, tracks, gnaw marks in furniture and in food packaging, and if the infestation gets bad enough, you’ll probably see one or two running around. If you aren’t sure whether or not you have a rodent problem, give us a call and we’ll come check it out for you.

Getting Rid of Rodents
For small infestations, setting a few traps and storing food in air tight containers may be enough. For larger problems, you will need to call in a professional. Hager Pest Control can inspect and exterminate your rodent problem safely and effectively. We will recommend the right sanitation and extermination methods for your problem and get your home rodent free in no time.

Something bugging you? Give us a call!